This year was an action packed and exciting year for competitive Rocket League in South Africa. The scene has grown so much since January, so let’s take a look back at some of the highlights!

VS Gaming tournament structure for qualifying for the finals in 2017.

The league play consists of a Premier Division, where eight teams play a round robin tournament with one or two games played per week. The First Division also consist of eight teams playing a similar tournament. The VS Gaming ladder provided teams who are not in the top two divisions a chance to challenge other teams in order to qualify for the above-mentioned divisions. After each “Leg” of league play, the bottom two teams from the Premier Division are relegated to the First Division, while the top two teams from the First Division are promoted to the Premier division.

The first Community Shield was won by Rocket Éclair, while the second was won by OK | Dangerkids, thus ensuring their qualification for the finals. The community was understandably ecstatic when it was announced that the finals will be a LAN event at the 2017 rAge Expo, and the six spots to be filled were hotly contested.

The 2017 rAge LAN was one of the highlights of the South African Rocket League calendar. This event was the pinnacle of the competitive season, with the top 8 teams in South Africa competing in a first-of-a-kind tournament. The tournament was held in Johannesburg in the TicketPro Dome.

The rAge LAN was also a big community building experience, where players were able to meet one another in person after months of playing against (and with!) each other. Meeting all of the players was personally one of the highlights of my Rocket League year!

Bracket for Pool A at rAge LAN

Bracket for Pool B at rAge LAN

Bracket for Day 2 at rAge LAN

The year also saw another organisation, ACGL (African Cyber Gaming League) holding various tournaments for various games, including Rocket League, giving competitors a chance to play 1v1, 2v2 and 3v3 tournaments. These tournaments quickly became a community favourite and many players participated in the weekly events. Only 4 players have won at least one tournament of each mode – Nianfo, Elf, PaPa_Capes & dfthaman. Playing in these tournaments means that you earn XP which places you on a leaderboard. The better you do in these tournaments means you get more XP. Currently there are 123 players on the leaderboard, and the top 5 is shown below.

The ACGL leaderboard at the end of 2017.

The MGMS Qualifier 1 bracket which was held in December 2017.

In June 2017, the first dedicated Rocket League website in South Africa, Rocket League Xpress (RLX), was launched with the aim of growing the community. Read more about us here. RLX held various 6-Mans events, as well as 1v1 and 2v2 tournaments, which were streamed and casted. Furthermore, RLX broke ground in South Africa, hosting the first prize pool tournament (this was before rAge or MGMS) with over R1000 in prizes, which was unprecedented at the time. RLX also posted various news articles, player interviews and tips.

The past year was a massive year for South African Rocket League, with many highlights and cornerstone events. We hope 2018 will hold many more of these for all the players. Happy new year!

Links to the above-mentioned tournaments can be found here:

“My highlights of 2017 were being included in the rAge line-up for 2017 (something the community has been working towards since 2016) and getting South African servers. Although queue times can be long, I believe it will eventually enable a higher level of Rocket League in South Africa”

“My highlight for 2017 was definetely Aerial Flops qualifying for the first DGC LAN. Meeting all the faces behind the names and getting local servers.”

“Getting local servers was my higlight and low point of 2017. Playing with low latency feels awesome, but queue times can be long and difficult to find games.”

“Winning at rAge after months of grinding and finishing second against Rocket Éclair various tournaments and leagues was a big highlight. I believe we stamped our presence on South African Rocket League.” 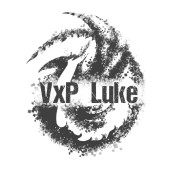